Initially, rechargeable batteries are more expensive than disposables, however they can be recharged and re-used many times before disposal, thus becoming more cost effective in the long run, as well as being more environmentally friendly.

Many rechargeable batteries can also be interchangeable with the disposable varieties, when available in the same size and voltage.

Rechargeable batteries comes in various shapes and sizes, and are used for various applications.

Chargers may take anything from several minutes to several hours to recharge batteries, depending if it is a slow or rapid charger.

The different types of rechargeable batteries result from several different combinations of electrode materials and electrolytes being used.

The various types of rechargeable batteries and their uses are as follows: 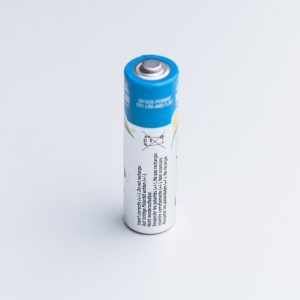 This type of battery is used when price, a high discharge rate and battery life are important.

The Nickel Cadmium battery is NOT environmentally friendly due to toxic metals contained in it, and main uses are for professional power tools, professional video cameras, biomedical equipment, and two-way radios. The chemical components of the NiCd battery, nickel oxide hydroxide and metallic cadmium, are the main disadvantage of this type of battery.

The Nickel Cadmium battery was invented at a time when environmental issues did not exist. An interesting point is that while it is possible to recycle NiCd batteries, this option is not possible in Australia. This results in all dumped NiCd batteries being sent overseas for processing, and the carbon footprint being increased through recycling.

The use and disposal of these type of batteries are regulated in many countries, for example in the United States a portion of the battery price is a fee to ensure proper disposal following its cycle life, while in other areas they are only allowed to be used for a minimal number of outlined purposes.

This type of battery has quite a low energy density and uses nickel oxide hydroxide and metallic cadmium as electrodes. NiCd batteries are also susceptible to a “memory effect.”

The NiCd (chemicals symbols of nickel and cadmium) battery has a terminal voltage of around 1.2 volts during discharge. They are made in various sizes and capacities and have a distinct advantage over other rechargeable batteries in their ability to deliver at high discharge rates.

Nickel Cadmium batteries use an alkaline chemistry and have an energy density approximately twice that of lead acid batteries.

Although once the preferred battery choice for applications regarding low power portable products, they have since been overtaken by the newer Nickel-Metal Hydride (NiMH) and Lithium batteries.

The most popular applications for Nickel Cadmium batteries include:-

Nickel-metal-hydride batteries are closely connected to the above-mentioned Nickel Cadmium batteries, with the hydrogen being used as the active element rather than cadmium.

In comparison to the Nickel Cadmium battery, the Nickel-Metal Hydride battery has a higher energy density.

Unlike the NiCd, this battery does NOT contain toxic metals, and is usually used in mobile phones and laptops.

This type of battery are now a common consumer and industrial type battery. It has practically taken over the NiCd battery in applications.

The cell voltage for these types of batteries is 1.2 volts, with the electrolyte being alkaline potassium hydroxide. The energy density of NiMH batteries is around double that of lead acid batteries, and around 40% higher than NiCd batteries.

Unlike the NiCD battery, the NiMH battery is not susceptible to the “memory effect”.

A more expensive option than Lead Acid and NiCd batteries, the NiMH battery is, however kinder to the environment.

Applications for Nickel-Metal Hydride batteries include:

This type of battery is not suitable when the battery is not being used frequently (within around 30 days) or for devices which are low energy drawing, such as clocks, TV remotes and smoke alarms.

NiMH batteries are around half the cost of Lithium ion batteries and are becoming more in line price-wise with NiCd batteries. 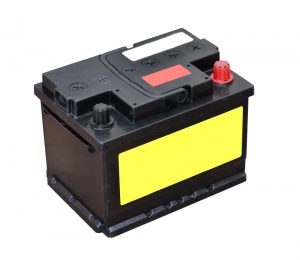 The lead acid battery is the oldest type of rechargeable battery, invented in 1859. These type of batteries have changed little since this time and are still widely used today.

The lead acid battery is an economical option for larger power applications, and where weight is of little or no importance. They are robust, tried and tested.

Lead acid batteries are toxic due to heavy metal elements of lead-dioxide cathode, a sulphuric acid solution electrolyte, and a sponge metallic lead anode. They are therefore NOT environmentally friendly and incorrect disposal can be hazardous.

The cell voltage of lead acid batteries is 2 volts and this type of battery is usually used for hospital equipment, UPS systems, emergency lighting and wheelchairs.

Lead acid batteries are able to supply high surge currents, despite having low energy to weight and energy to volume ratios. Therefore, the cells have quite a large power to weight ratio, which, combined with their low cost, makes them popular for use in motor vehicles.

Lead acid batteries are also widely used even when surge current is unimportant, largely due to their low cost.

The correct voltage must be observed when charging lead acid batteries, and although simple to charge, they are slow charging. These types of batteries are not “memory affected” like the previously mentioned NiMH and NiCd batteries, and have a moderate cycle life. Lead acid batteries work well in cold temperatures and are better performers than Lithium-Ion batteries in subzero conditions. 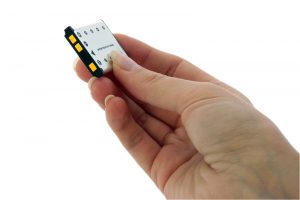 The Lithium Ion battery is used where light weight and high energy density are important factors. Lithium Ions move from the negative to the positive electrode during discharge and back when charging. The electrodes in these type of batteries are made up of lightweight lithium and carbon.

The Li-ion is the fastest growing battery option, with applications including cellular phones and notebook computers. Emerging in the early 1990s alongside Nickel-Metal Hydride batteries, the Lithium Ion battery now promises the most promising battery chemistry.

These batteries require a protection circuit due to the fragile technology used. The Li-ion battery loses charge very slowly when not in use.

Lithium Ion batteries are safe as long as particular precautions are taken when charging and discharging. They are slightly lower in energy density than Lithium Metal batteries and around double that of Nickel Cadmium.

The Lithium Ion is a low maintenance battery, which is an added advantage. They have no memory and do not require scheduling to prolong battery life. The self-discharge of Lithium Ion batteries is less than half that of Nickel Cadmium.

As well as its fragile nature, another disadvantage of the Lithium Ion battery is ageing. This may also be an issue whether the battery is in use or not, and these types of battery can be known to fail after only two or three years. Nickel-Metal Hydride batteries can also have ageing as a concern if exposed to high ambient temperatures.

However, Lithium Ion is progressively being improved with new, enhanced chemical combinations being introduced on a regular basis, which may improve the ageing issue. Storing in a cool place also improves the ageing process of Lithium Ion.

Lithium Ion batteries have become very popular and are used in application such as laptops, cell phones and ipods. 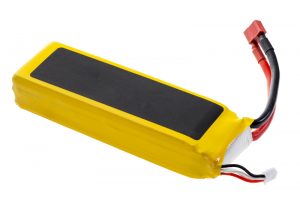 The Lithium Ion Polymer battery offers similar elements to the Li-ion battery in an ultra-slim and simplified packaging form. It is of lithium-ion technology in a pouch format. This makes them lighter, but less rigid.

The Li-polymer is different from other batteries in the type of electrolyte used, a dry solid polymer electrolyte. Rather than conducting electricity, this electrolyte allows an exchange of ions (electrically charged atoms or groups of atoms).

The Lithium Polymer has an advantage over the Lithium Ion battery in regard to cost, durability and flexibility. They can be shaped to fit various devices and in virtually any way manufacturers please. They offer a slightly higher specific energy to the Lithium Ion battery, can be made thinner and in various shapes and sizes, but generally have a high manufacturing cost by around 10% to 30%.

Battery manufacturers are continually developing ways to charge these popular type of batteries.

The technology used in both Lithium Ion Polymer and Lithium Ion batteries vary quite significantly to that used in NiCd and NiMH batteries. Another advantage of lithium polymer cells over NiCd and NiMH is their much lower rate of self-discharge.

Lithium cells have the highest energy density as well as qualities which require particular safety considerations.

Because there is no liquid or gelled electrolyte used, there is no danger of flammability.

These batteries are mainly used in electronic devices such as mobile phones, laptops and heading aids. They hold a relatively good battery life.

The main reason to switch to the Lithium Polymer from the Lithium Ion is form factor, they can be formed to almost any shape and size.

As with Lithium Ion batteries, Lithium Polymer have a nominal voltage of 3.6 volts.

Powered by WordPress  |  Rethink by InkThemes.